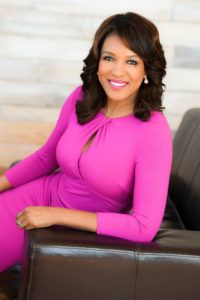 She has earned several prestigious awards, including the Edward R. Murrow Award, the YWCA’s Women of Achievement Award, and the Diversity in Media Award. Romona has singularly devoted herself to issues of diversity and child advocacy and strives to help others by sharing messages of faith, hope, and purpose.

She holds a Bachelor of Science degree in broadcast journalism and currently resides in Cleveland, Ohio with her husband and their pooch, Soldier.

“Success is not measured by your paycheck, but how you payback God’s gift.”